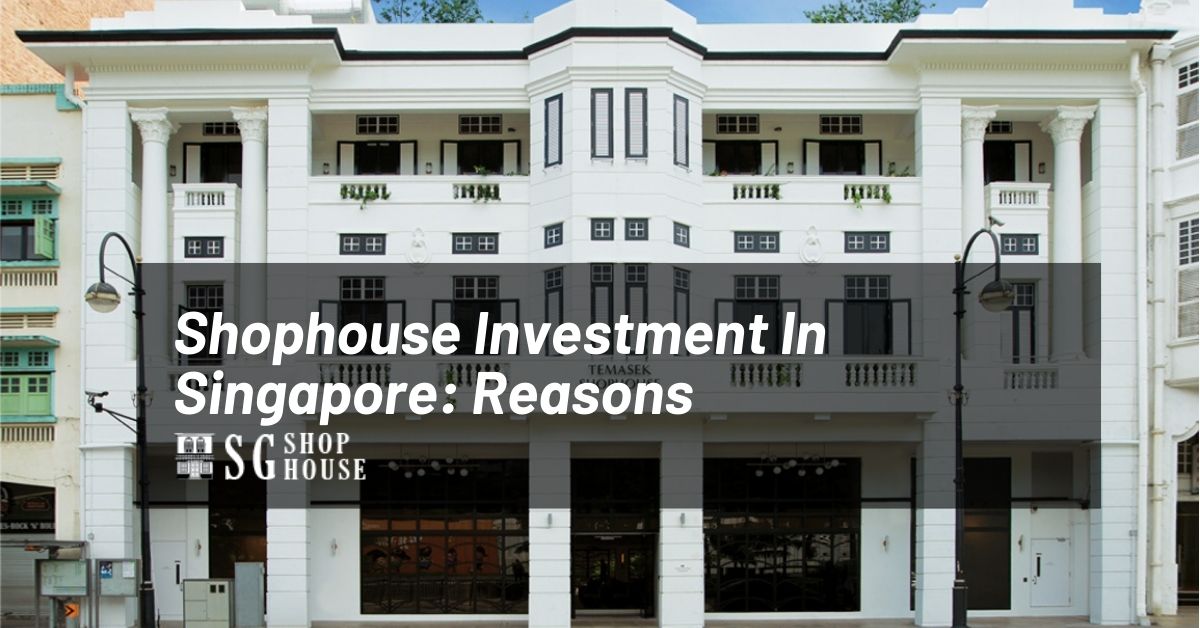 Few things get more attention than a shophouse for sale — and for good reason. In 2014, median shophouse price in Singapore peaked at $3,824 per square foot (psf) on land area. Due to the implementation of the Total Debt Servicing Ratio (TDSR) loan curb. However, demand for shophouses decreased in line with other types of property. In 2017, the median shophouse price stood at $3,301 psf on land area. Even post-TDSR, many shophouses managed to rise in value. Notably, a freehold unit in the Tanjong Pagar area bought in 2013 for $6.2 million and then resold in 2017 for $9.1 million — a 47% profit over four years.

Shophouse Investment In Singapore: So you’re a hard-nosed property investor, who not swayed by things like historical value or clever, ironically-named cafes. Well if you go back to the root of property value – location – there’s no denying shophouses have it. Shophouses along Katong are located in the middle of a gentrifying food paradise, and shophouses in the Holland Village area have quick access to nightlife, retail, and dining. Meanwhile, shophouses in places like Boat Quay are, as we’ve pointed out above, in the heart of Singapore.

There are so many shophouses located in a well built-up or central area, that it’s hard to go wrong when picking one. You can look up shophouses in prime locations, but act fast – a shophouse (especially ones with conservation status) tends to sell quickly once it becomes available on the market.

2.Many Shophouses Are Protected 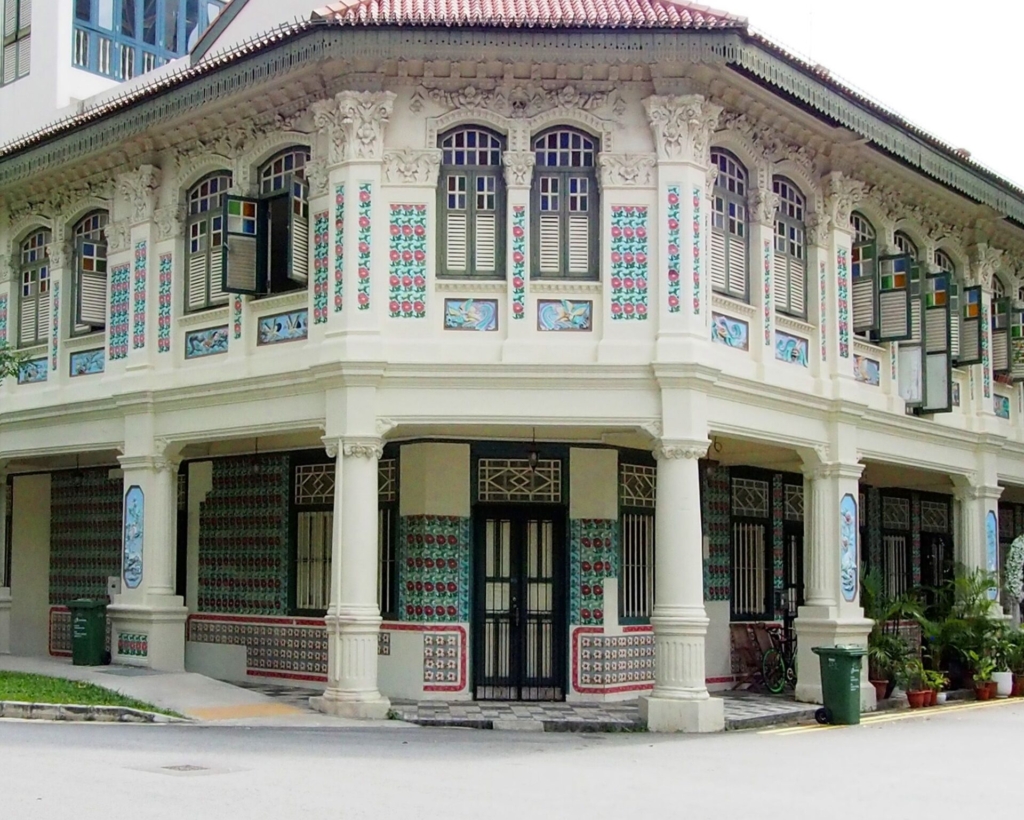 Shophouse Investment In Singapore: Many shophouses have been given conservation status. Historic districts with conserved shophouses include Boat Quay, Chinatown, Kampong Glam, Little India, Blair Plain, Cairnhill, and Emerald Hill. For conserved shophouses, the Urban Redevelopment Authority (URA) has put in place certain restrictions and rules on renovations, such as having to seek clearance before any air-conditioning can be installed. Although this can prove a hassle for shophouse owners and tenants, it’s overall a positive thing for investors. When the government takes back land for roads, MRT stations, or other use, they have an obligation to try to leave the conserved shophouses untouched.

3.A Lot Of Space, Despite Being In Built-up Areas

Shophouse Investment In Singapore: When you think of living or working spaces in built-up areas, such as the CBD, Chinatown, or Joo Chiat, you’re probably thinking of small spaces. There aren’t many new developments that can be crammed into these already packed areas. The good news is, shophouses in this area long before they got so packed. That gives you a lot of room (often at least 1,200 square feet) despite being close to major amenities.

4.A Conserved Shophouse Happens To Be Very Rare 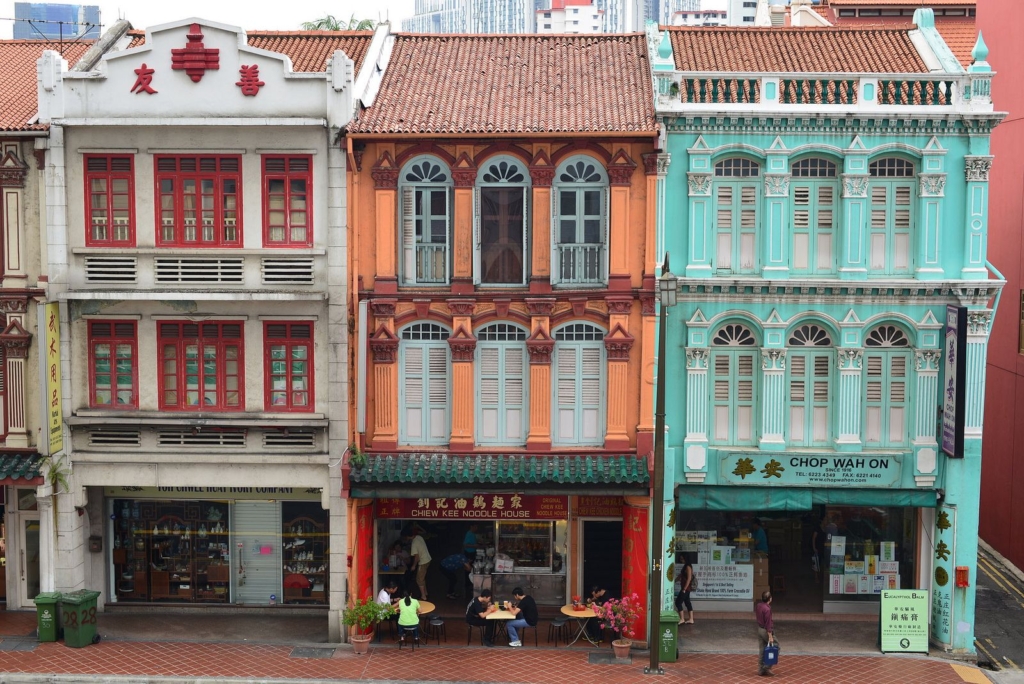 Shophouse Investment In Singapore: There are only around 6,500 shophouses under conservation in Singapore. If you’re considering the more ornate shophouses with ornamentation and elaborating tiling, there are even fewer of them standing. What this means is that the shophouses have scarcity value (there’s a reason gold costs more than steel). And as time goes by, scarcity value can only increase, reflecting the sense of prestige and privilege in owning a sizeable piece of national history.

5.Many Shophouses Are In Central Locations 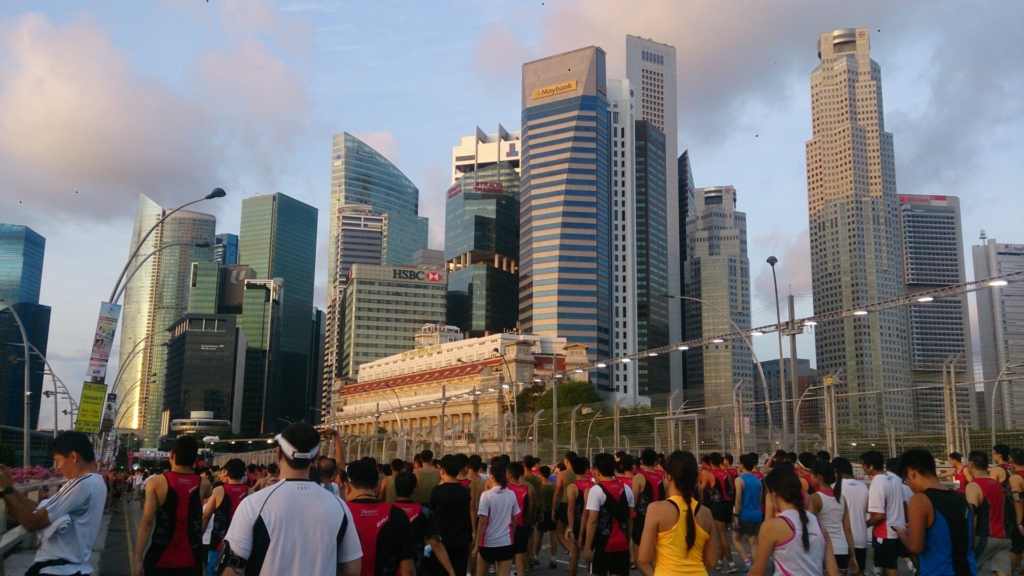 Shophouse Investment In Singapore: In places like Chinatown, Telok Ayer, or Amoy Street, shophouses often used as an alternative office space. They especially favoured by startups or small companies that want a location within or near the Central Business District (CBD) but cannot afford the higher rental rates of conventional offices. Most shophouses provide a rental yield of between 2.5 to 2.7% according to Colliers International; but there are occasionally boutique firms – such as design agencies – willing to fork out more for units that flow with their unorthodox, hipster-ish vibe.

6.Shophouse Investment In Singapore: Shophouses Can Hold Their Value

Much like fine wine or art, shophouses provide a cultural value that’s not always easy to quantify. Moreover, a combination of the prestige that comes with owning a shophouse. Along with the scarcity of these properties, helps them to hold value even during downturns. For example, in 2015, when the property market was still in a slump. Spanish tycoon Ricardo Portabella Peralta paid around $2,600 psf for two shophouses near the Telok Ayer MRT station. The total price ($18.2 million) is still one of the highest recorded transactions in the area. This proving that shophouses can hold their value even in a weak market.

7.Shophouses Give Presence To A Business Entity

Shophouse Investment In Singapore: It’s not usually hard to find a business tenant for a shophouse, because of its unique character. The location of a business reflects on its philosophy and character (it’s the “flavour” of the business, if you like). And, it’s hard to pull that off in some locations. Malls and office buildings tend to have a standardized, modern-looking design and interior.

To understand the boost a shophouse can give to businesses, consider the famous Chye Seng Huat Hardware (a deliberately misnamed cafe-eatery located in a shophouse). The establishment’s retro-industrial image would be hard to pull off authentically in a shopping mall. Even if that had been possible, some stone-faced mall manager would probably take issue with the name and disallow it. In terms of homes, shophouses let you create living spaces that are harder. Or sometimes impossible, to achieve with cookie-cutter condo units. If you like the loft aesthetic, for instance, you can create it easily with a shophouse.

Some shophouses have an open front or rear courtyard. This is an architectural boon that provides a perfect setting for family gatherings. Some might also have an air well in the middle of the shophouse. Besides allowing natural light to enter and optimizing air circulation (essential before the days of air-conditioning). Owners can also implement unusual features such as an indoor Zen garden or a giant water feature. One thing’s for sure, your interior designer will be as excited as a kid in a candy shop. Source: 99.co

Recent Trends In The Shophouse Market

In general, prices of shophouses have remained stable, with a few stand-out assets traded at higher price points. In recent years, there are more shophouses put up for sale by families who have owned these properties for generations and are looking to divest and redistribute the funds. Most of these families had used the premises either as residences or offices. After moving or selling the business, they would be looking to make better use of their funds by cashing out as they no longer need the premises.

There also appears to be a major shift in tenant profiles in shophouses, with strong demand from established F&B tenants and businesses keen to explore non-conventional office layouts and who like the feel of being in a low-rise heritage building. Owner-occupiers also like the flexibility of being able to operate their businesses 24/7 out of a shophouse as well as the convenience of surrounding amenities. Shophouses in the CBD continue to remain popular with buyers due to their prime locations. That said, there is growing interest in shophouses in city-fringe locations. Such as Jalan Besar, Kampong Glam, Little India, and in the east. Specifically along East Coast Road and Joo Chiat Road.

Old Shophouses In Singapore That You Should Know

Colorful Shophouses In Singapore That You Should Know
Notice: Undefined offset: 1 in /var/www/html/wp-content/themes/houzez/houzez/framework/functions/helper_functions.php on line 2226