A shophouse is a building type serving both as a residence and a commercial business. It is defined in the dictionary as a building type found in Southeast Asia that is “a shop opening on to the pavement and also used as the owner’s residence”, and became a commonly used term since the 1950s. Variations of the shophouse may also be found in other parts of the world; in Southern China, Hong Kong, and Macau, it is found in a building type known as Tong Lau, and in towns and cities in Sri Lanka. They stand in a terraced house configuration, often fronted with arcades or colonnades, which present a unique townscape in Southeast Asia, Sri Lanka, and south China. In this article, you will get to know the Shophouses In Different Countries In Heritage Area. While the preservation of historic shophouses suffered substantially in heavily developed states like Johor, Kuala Lumpur, Negeri Sembilan, Perak, and Selangor, shophouses in Malacca and Penang (which state capitals, Malacca Town and George Town, gazetted as UNESCO World Heritage Sites in 2008) received more care and attention due to emerging historical preservation movements in both states, experiencing similar levels of rejuvenation as in Singapore. However, the gentrification of both cities led to older tenants of shophouses being driven out by the rising costs of renting or buying properties within historical districts. In 2012, the cost of buying a pre-World War II shophouse in George Town reached RM2,000 per square foot (US$660), equivalent to the price of the most expensive Kuala Lumpur city centre condominium units.

There are six main shophouse styles in George Town, Penang. Each style has distinctive architectural and decorative features that represent the different periods in George Town’s history. Tong Lau (functioning as singular and plural; 唐樓, literally, “Chinese building”) belongs to the generic urban shophouse typology found in predominantly Chinese cities in Southern China and Southeast Asia, such as Hong Kong, Guangzhou, Macau, Singapore, and Penang. It is a typology that has infused with material, construction, and living traditions of Southern Chinese in 19th-century urban centres, particularly towns and cities in Guangdong and Fujian provinces. The prototype of this typology is the 19th-century urban shophouse of Southern China. This paper focuses on Tong Lau of Hong Kong built before the Pacific War (1941-45).

The earliest form of Hong Kong Tong Lau found on the island’s major Chinese settlements, one of which was Tai Ping Shan. Prior to the bubonic outbreak in 1894, the design of these buildings was broadly similar in appearance and construction to those found in towns and cities of Southern China during this period. In Mr. Chadwick’s Report on the Sanitation Condition of Hong Kong, there is a section on “Chinese Houses,” which describes in detail with illustrations the Tong Lau in Tai Ping Shan in the 1880s.

Shophouses In Different Countries: Although the architecture of early Tong Lau in Hong Kong was broadly similar to those in Southern China, Chadwick observed that there were noticeable differences due to “European influence and example, but principally to the necessity for economy of space on account of the high price of land and the great cost of preparing level sites for building”. This means that the local conditions did have an effect in transforming even the early Tong Lau, which featured decorative elements inspired by Western Classical architecture and, more significantly, were more compact than their Mainland counterparts. Throughout Tainan City, you can find Japanese-era shop houses with Baroque-influenced facades. This was modernity to Japanese architects and the style spread throughout the region. While these buildings are randomly scattered throughout Tainan City, in Xinhua Township there is a two or three-block stretch where almost every building follows this style. The facades are in great condition and really showcase the antiquity of Japanese-era modernity. The township of Xinhua and the surrounding area have a long history. Before the Japanese period, Xinhua was called Tavocan. Tavocan was an area of the Siraya plains aborigines dating back to a time before the Dutch era. During the 1920s, Xinhua blossomed commercially, largely due to wholesale fruit.

Today, the street is still active with traditional shops. It is a tourist area, but not much is set up for tourism. The shops still have the same ordinary activity you’d see in any small town in Taiwan. The only difference is the sense of nostalgia people can feel both inside the shops and along the street. For me, the real treat of this area is the signage. Uniform signs are hung above every shop showing off old illustrations that were really meant to guide the illiterate with clear depictions of what was for sale inside (something that would be useful for me in Tainan). Many are beautiful examples of old graphic design work, and some are just downright comical. Shophouses In Different Countries: Sinan Road, formerly known as Massenet Rue, is a well-known French-style road. A clean, romantic, one-way street, where the mansions on both sides of the street are almost all Old Shanghai-style ones. Whether they are styled after the English, French or Spanish mansions, they depict a living tale of urban history. Today’s Sinan Road not only preserves “Zhougongguan” to commemorate Zhou Enlai, it also maintains the former residences of Sun Yat-sen and his wife Song Qingling, and the “Mei Mansion” of Peking Opera master Mei Lanfang. It also preserved the Sinangongguan, which converted into a hotel and café restaurant, describing the history and years of old Shanghai. Source: Trip.com 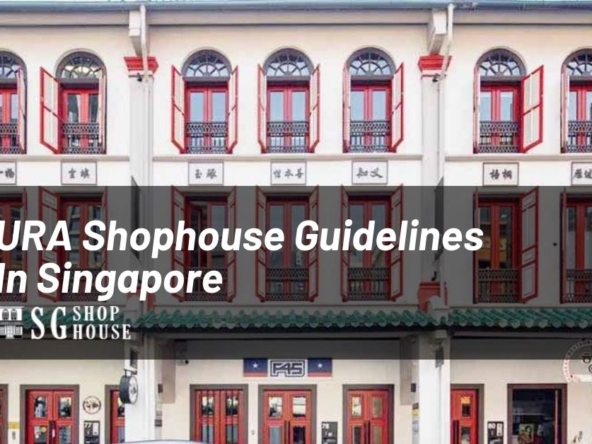 Shophouses—a historical source of delight and nostalgia—are a prevalent building type in...
Continue reading
by eric.lee